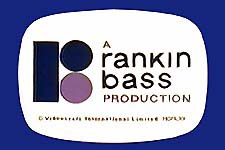 While conceived and written in the U.S., Rankin/Bass productions were made in Japan; stop-motion by Japanese animator Tadahito Mochinaga and cel animation varying between Crawley Films, Tôei Company and Mushi Productions.

4.3/5 Stars from 5 users.
Add Your Vote Now!
Please give the Cartoon Series Rankin Bass Productions a vote between 1 and five stars, with five stars being the best, 1 being a show you absolutely hate, and a three for an average show.
This Studio has been viewed 5 times this month, and 43,016 times total.