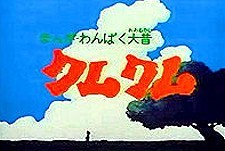 Created by Yoshikazu Yasuhiko, this TV series ran for 26 episodes. This series was bought by Paramount for import to the United States, but there is no indication that it was ever televised there. The series was dubbed into English in Australia using a voice cast of Australians, along with Australian technical crew.

4.7/5 Stars from 2 users.
Add Your Vote Now!
Please give the Cartoon Series Wanpaku Omukashi Kum-Kum a vote between 1 and five stars, with five stars being the best, 1 being a show you absolutely hate, and a three for an average show.
This Series has been viewed 3 times this month, and 3,340 times total.