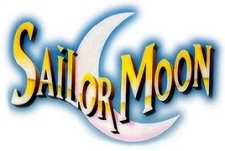 One of the supreme examples of "girl power" in all of cartoondom (no offense to fans of the equally-tough Powerpuff Girls), Sailor Moon starred five butt-kicking teenage girls (and one token boy) from across the solar system. The series originated as a Japanese comic book in the early 90’s, which was adapted into an extraordinarily popular Japanese animated series called Pretty Soldier Sailor Moon. DIC re-edited and dubbed the show into English, bringing it across the Pacific in 1995 under the shortened title Sailor Moon.
Read More
The story began 1,000 years in the past, when earth’s moon was the dominant planet in the solar system. Queen Serenity sat on the throne, with her daughter Serena as heir. Unfortunately, Serena never got a chance to take over. Forces from the Negaverse, led by evil Queen Beryl, attacked during a lunar eclipse. Armed with the potent Negaforce, Beryl and her minions were too powerful for the good moon dwellers. Serena fought back, along with her court of princesses from various planets, but Beryl won the day.

In a final heroic act, Queen Serenity sacrificed her life to send Beryl and her forces back to the Negaverse, and to send Serena and her court 1,000 years into the future, to modern-day earth. Serena’s cat advisors, Luna and Artemis, were also sent along, charged with one important duty: If Queen Beryl and her forces ever reared their villainous heads again, the cats were to find and train the princesses as Sailor Scouts.

Naturally, the evil queen did attack, so Luna, Artemis, and Serena gathered the gang. Serena became Sailor Moon, the bubbly, videogame-loving leader of the group, with a hairstyle that was the envy of the galaxy. Raye became Sailor Mars, Serena’s strong-willed rival, who lived in a temple with her grandfather. Sailor Mercury (a.k.a. Amy) was the group’s genius. Orphaned girl Lita became Sailor Jupiter, and rounding out the group was Sailor Venus (a.k.a. Mina), a blonde who hailed from London. A sixth Scout, Sailor Pluto, debuted near the end of the second season. The Scouts were also aided by Darien, Serena’s former love who reunited with her thanks to a star locket Serena had given him in the heat of the moon battle. Darien also fought on the side of good under the alias Tuxedo Mask.

As with most Japanese series, the plots on Sailor Moon were elaborate and covered entire seasons. In addition to Queen Beryl, a host of villains menaced the Scouts over the series’ run, including Zoycite, Neflite, Jedite, and Wiseman. Each season gave the girls a new objective, and new enemies seemed to pop up whenever they turned their backs.

200 episodes were produced, but DIC syndicated only 65, the first two seasons. Unsatisfied, loyal "Moonies" found ways to get copies of the Japanese originals, and fan support proved so great that several Sailor Moon episodes and features were translated and released on video and later on the Cartoon Network.

3.6/5 Stars from 4 users.
Add Your Vote Now!
Please give the Cartoon Series Sailor Moon a vote between 1 and five stars, with five stars being the best, 1 being a show you absolutely hate, and a three for an average show.
This Series has been viewed 3 times this month, and 5,130 times total.