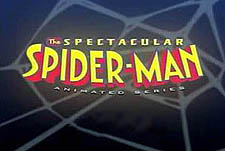 Based on the Marvel Comics classic, this new animated series focuses on the education of Peter Parker as he encounters his greatest villains, falls for his greatest loves, and faces his most dire crises, all with lots of exciting Spider-Man action. The series begins four months after a spider bite left 16-year-old Peter Parker with the superpowers that have transformed him into Spectacular Spider-Man.