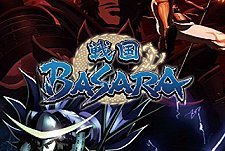 This TV series is based on Capcom's popular video game "Sengoku Basara," also known outside Japan as "Devil Kings." With the first video game released in 2005, Sengoku Basara is now a hugely popular action-adventure franchise that has sold 1.2 million units so far in Japan alone.

"Sengoku Basara" has not yet received enough votes to be rated. 2.2552
Add Your Vote Now!
Please give the Anime Series Sengoku Basara a vote between 1 and five stars, with five stars being the best, 1 being a show you absolutely hate, and a three for an average show.
This Series has been viewed 2 times this month, and 1,158 times total.

Hobbit: The Desolation of Smaug