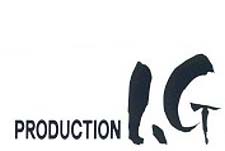 Founded as I.G Tatsunoko on December 15, 1987 by character designer Takayuki Goto and producer Mitsuhisa Ishikawao, and staffed with artists from the Tatsunoko Productions series Akai Kōdan Jirion. The new company met with success and in 1993 its founders renamed it Production I.G. Since then, the studio has enjoyed yearly growth in sales and size.


Prod I.G Production I.G is based in Japan.

"Production I.G" has not yet received enough votes to be rated. 2.2552
Add Your Vote Now!
Please give the Anime Series Production I.G a vote between 1 and five stars, with five stars being the best, 1 being a show you absolutely hate, and a three for an average show.
This Studio has been viewed 2 times this month, and 2,582 times total.

Tistou Of The Green Thumbs

Little Polar Bear - Where Are You Going, Shirokuma-kun?

Animate Film, Shueisha, Pony Canyon, Movic...
featuring Keijiro Akagi, Eiji Akagi. Eiji There have not yet been any votes for "Eiji". Vote Now! 23

.... Talking Head There have not yet been any votes for "Talking Head". Vote Now! 23

One Piece - Defeat The Pirate Ganzak!

The Adventures of Slaim: Wolf Goes For It!

The Adventures of Slaim - Wow! The Sea!

.... Kaidomaru There have not yet been any votes for "Kaidomaru". Vote Now! 23

The Prince Of Tennis Summer Festival

The Prince Of Tennis Summer Festival - 2002