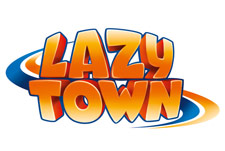 This show was produced in Iceland. The show is part live-action, part puppetry, and part CGI animation and was filmed and produced at 380 Studios, a purpose-built studio near Reykjavík equipped with one of the biggest green screens in the world.
After three years, a fourth season was release in 2008 titled LazyTown Extra.

5/5 Stars from 2 users.
Add Your Vote Now!
Please give the Cartoon Series LazyTown a vote between 1 and five stars, with five stars being the best, 1 being a show you absolutely hate, and a three for an average show.
This Series has been viewed 2 times this month, and 3,151 times total.