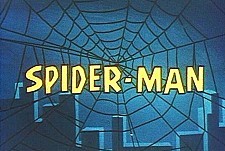 Created by Stan Lee, this particular incarnation of Spider-Man was supervised by animation pioneer Ralph Bakshi. These episodes were very stylized and featured swingin’ music, as well as dark, shadowy settings. Comic carryovers like Electro, Doctor Octopus, Mysterio, and The Rhino all put in appearances as the super-villain of the week.

"Spider-Man" has not yet received enough votes to be rated. 2.2552
Add Your Vote Now!
Please give the Cartoon Series Spider-Man a vote between 1 and five stars, with five stars being the best, 1 being a show you absolutely hate, and a three for an average show.
This Series has been viewed 3 times this month, and 3,456 times total.