Other Studios : B : Bagdasarian Productions : ALVINNN!!! and the Chipmunks

ALVINNN!!! and the Chipmunks Episode Guide 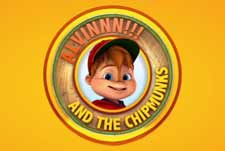 This series marks the return of Alvin and the Chipmunks to television after a twenty-five year hiatus. The Chipettes also join the boys and Dave Seville in this modern update to the classic characters. All the characters are re-visualized in CGI 3D, and produced in high definition. The series was produced as 104 11 minute episodes, and the series was originally titled The Chipmunks and Chipettes.

4/5 Stars from 2 users.
Add Your Vote Now!
Please give the Cartoon Series ALVINNN!!! and the Chipmunks a vote between 1 and five stars, with five stars being the best, 1 being a show you absolutely hate, and a three for an average show.
This Series has been viewed 3 times this month, and 261 times total.

Lady and the Tramp
More DVD's