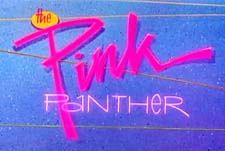 The final televised version of the beloved character debuted in 1993 as the syndicated The Pink Panther. While these episodes were well written and artistically animated, the series upset many traditional Panther fans by giving the character a voice (even if that voice did come from Matt "Max Headroom" Frewer). Whatever support it may have lost, the show won back fans old and new with its slapstick humor and its resurrection of The Ant and the Aardvark and fellow DePatie-Freleng creation The Dogfather (voiced by Joe Pesci). The new version also featured new creations Voodoo Man and Manly Man.

"The Pink Panther" has not yet received enough votes to be rated. 2.2552
Add Your Vote Now!
Please give the Cartoon Series The Pink Panther a vote between 1 and five stars, with five stars being the best, 1 being a show you absolutely hate, and a three for an average show.
This Series has been viewed 3 times this month, and 12,042 times total.