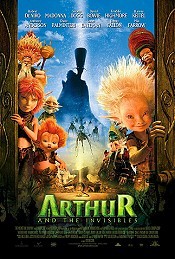 English Title: Arthur And The Invisibles

Post your Comments or Review
This page has been viewed 141 times this month, and 1756 times total.
See the Full Cast & Crew...

It all began with a cryptic message left in an old book of magic spells. "To find the country of the Minimoys, trust in Shakespeare." Arthur knows that this is a sign from his Grandpa Archibald, who disappeared mysteriously four years ago. But where is he? Where...  (more)

You can watch this cartoon today on your computer. Just click below to start viewing "Arthur Et Les Minimoys" online now.

Do you have anything to add to this page? Have we made any mistakes... or do you have any additional information about Arthur Et Les Minimoys? If so, we would love to hear from you. Please send us a quick note with your additions or corrections to this page, and we will make the corrections as soon as possible!

Below are comments about this cartoon submitted by people who have seen this show. Take a look and see what others have said about Arthur Et Les Minimoys. We want to know what you think, too!! Feel free to share your own opinion- we do want to hear from you! You can add your own comments here.

Comments By: newspaniard
A thoroughly enjoyable hour and a half. Excellent family film with a 'feel good' ending and not a single mawkish tear shed.
No, so called, 'cheeky one-liners' which seem to have become fashionable recently, which is refreshing.
1 of 16 people found this comment useful

Comments By: admin
I have not watched this one yet.... but it is in my pile o stuff to watch. Luc Besson is one of my favorite modern directors, and not just for his dazzling Fifth Element. The Big Blue is pure visual poetry. Bersson is a great storyteller, and a great...  (read more)
1 of 15 people found this comment useful 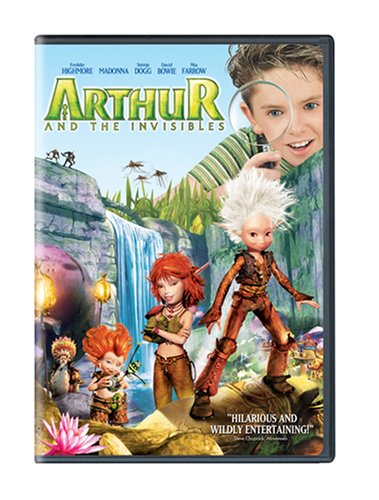