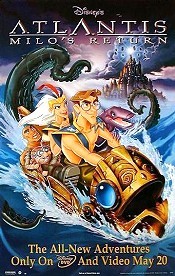 Post your Comments or Review
This page has been viewed 2034 times this month, and 6860 times total.
See the Full Cast & Crew...

Milo leaves Kida in Atlantis and travels back up to the surface returing to Washington D.C. to be reunited with his old crew members.

Rather than toss all the work of the Television unit did on the now-canceled Team Atlantis television show, it was decided to combine a couple of the stories and resulting artwork into a feature-length, direct to video project. Despite the...  (more)

Sorry, we do not have a video of Atlantis: Milo's Return. If you have one, or know of one on Youtube, Vimeo or any other site, Let Us Know

Do you have anything to add to this page? Have we made any mistakes... or do you have any additional information about Atlantis: Milo's Return? If so, we would love to hear from you. Please send us a quick note with your additions or corrections to this page, and we will make the corrections as soon as possible!

Below are comments about this cartoon submitted by people who have seen this show. Take a look and see what others have said about Atlantis: Milo's Return. We want to know what you think, too!! Feel free to share your own opinion- we do want to hear from you! You can add your own comments here.

Comments By: lesliekingston
sadly internet gossip says this movie wont be able to justify the brillance of the original. yet we must give it a chance. i hope its good.....
2 of 28 people found this comment useful 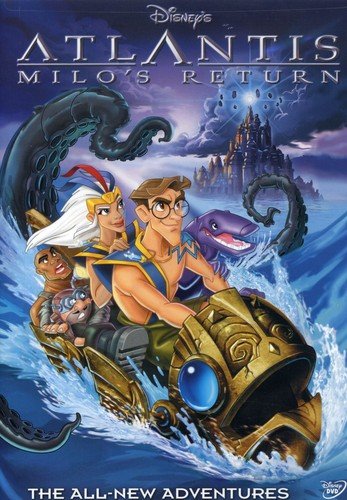