English Title: Winx Club: The Secret Of The Lost Kingdom

by Dave Koch Post your Comments or Review
This page has been viewed 55 times this month, and 298 times total.
See the Full Cast & Crew...

Takes place after the events of the first three seasons and Valtor's defeat and revolves around Bloom's true origins. She goes on a journey to find her birth parents, King Oritel and Queen Marion and return her home world, Domino, and all of its people to life...  (more)

"Winx Club: The Secret Of The Lost Kingdom."

The series was budgeted at an estimated $10 million. One of the executive producers, Joanna Lee, died of bone cancer on October 24, 2003, while the series was still in production. Bloom is an ordinary teenager who leads an ordinary life in the...  (more)

Sorry, we do not have a video of Winx Club - Il Segreto Del Regno Perduto. If you have one, or know of one on Youtube, Vimeo or any other site, Let Us Know

Do you have anything to add to this page? Have we made any mistakes... or do you have any additional information about Winx Club - Il Segreto Del Regno Perduto? If so, we would love to hear from you. Please send us a quick note with your additions or corrections to this page, and we will make the corrections as soon as possible!

Do you love Winx Club - Il Segreto Del Regno Perduto, or do you think it is the worst cartoon ever? Let us know what you think! Surely you have an opinion... so share what you think. Take a minute and post your own comments about this cartoon here. 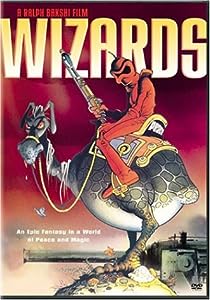