by Dave Koch Post your Comments or Review
This page has been viewed 580 times this month, and 1755 times total.

Birdman's reputation is suddenly challenged by the appearance of Birdgirl, who claims credit for his brave deeds. Birdgirl, a young aerialist whom Mentaur has hypnotized and endowed with mechanical wings and super-strength, is ordered to steal a hydrogen bomb from the government. Going after her, Birdman is knocked down and locked in a dark cell, but he arouses Birdgirl's sympathy and she lets him out into the sunlight, which restores his strength. As they battle again, Mentaur is finished off by a shell which Birdman deflects back at him.

Do you have anything to add to this page? Have we made any mistakes... or do you have any additional information about Meets Birdgirl? If so, we would love to hear from you. Please send us a quick note with your additions or corrections to this page, and we will make the corrections as soon as possible!

Do you love Meets Birdgirl, or do you think it is the worst cartoon ever? Let us know what you think! Surely you have an opinion... so share what you think. Take a minute and post your own comments about this cartoon here. 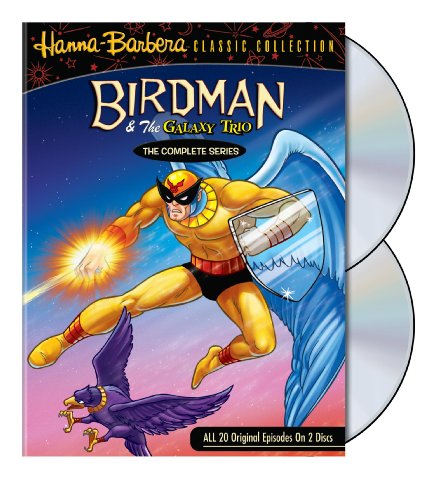