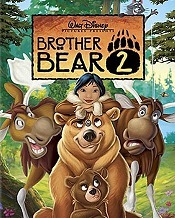 Post your Comments or Review
This page has been viewed 1218 times this month, and 5173 times total.

We're back in an all-new movie, eh? Beauty. And not just us moose, but the large bear (that's Kenai) and his little brother bear (that's Koda), and also this new girl named Nita. She's a handful, eh? Nita knew Large Bear way back when he wasn't a bear. That was in the first movie, remember? Anyway, they thought they were gonna be together forever even though they get along like two angry beavers in a mud hut. Okay, so, now the Great Spirits say they have to go on a great big, exciting journey to break the pact. So don't trample off. Join me and my brother- oh, and there's a couple fetching moosettes in this story, too- for all sorts of laughs and wild adventure. (See what I did. I used the word "wild" 'cause we're out in the woods.) Beauty. It's gonna be tons of fun for the whole family, eh?

Do you have anything to add to this page? Have we made any mistakes... or do you have any additional information about Brother Bear 2? If so, we would love to hear from you. Please send us a quick note with your additions or corrections to this page, and we will make the corrections as soon as possible!

Do you love Brother Bear 2, or do you think it is the worst cartoon ever? Let us know what you think! Surely you have an opinion... so share what you think. Take a minute and post your own comments about this cartoon here. 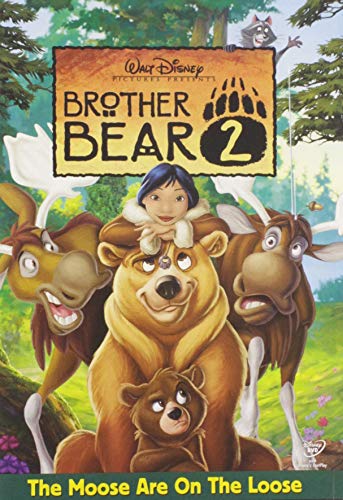