Synopsis for the Direct-To-Video Cartoon Thumbelina

by Dave Koch Post your Comments or Review
This page has been viewed 1176 times this month, and 4381 times total.

The keeper of the dam and his daughter are two diminutive people who live down in the valley. The keeper is worried about the little people living in the meadow of the tulips, for he senses a lot of snow for the upcoming winter. He fears that when spring comes, the snow collected atop of the mountains will melt, filling the pond higher than ever before until the dam cracks and water flows over the valley, drowning the little people. He wants to warn the prince but knows that he is too old to take on such a dangerous and long journey, so he asks his willing daughter to go for him. The girl leaves right away and after a long day of walking, decides to make herself a comfortable bed inside a tulip. While she sleeps, an old witch comes and takes the tulip away with the intention of selling it to a woman who cannot have children. The woman, very content, yet amazed at the size of the girl, names her "Thumbelina" since she is no bigger than a human thumb. Thumbelina knows she cannot stay with the woman, for she has a long way to walk until she finds the prince and warns him. Fortunately, along the way she meets and makes all sorts of new friends, but also selfish creatures who could not care less about the well-being of the little people.

Do you have anything to add to this page? Have we made any mistakes... or do you have any additional information about Thumbelina? If so, we would love to hear from you. Please send us a quick note with your additions or corrections to this page, and we will make the corrections as soon as possible!

Do you love Thumbelina, or do you think it is the worst cartoon ever? Let us know what you think! Surely you have an opinion... so share what you think. Take a minute and post your own comments about this cartoon here. 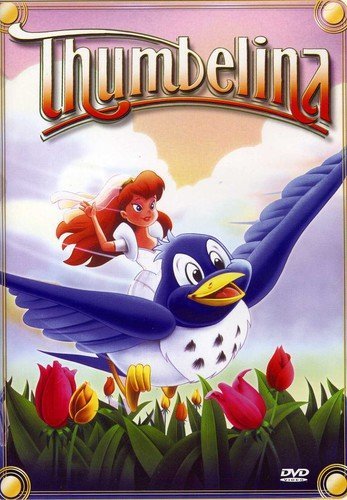