Synopsis for the TV Cartoon Prom-ise Her Anything

by Dave Koch Post your Comments or Review
This page has been viewed 111 times this month, and 906 times total.

It's junior prom time at Acme Loo. Buster avoids asking Babs out immediately because he doesn't have the slightest idea how to dance (his use of some old Bugs Bunny spastic, hunter-foiling dance moves makes the situation far worse). Elmyra gets stood up by Montana Max, but Babs and Buster set out to right that wrong. A great example of "another cameo, another paycheck" for almost the entire Tiny Toon Adventures cast.

Do you have anything to add to this page? Have we made any mistakes... or do you have any additional information about Prom-ise Her Anything? If so, we would love to hear from you. Please send us a quick note with your additions or corrections to this page, and we will make the corrections as soon as possible!

Do you love Prom-ise Her Anything, or do you think it is the worst cartoon ever? Let us know what you think! Surely you have an opinion... so share what you think. Take a minute and post your own comments about this cartoon here. 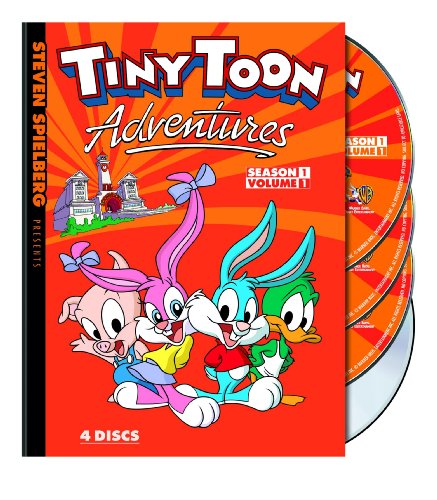 Prom-ise Her Anything More DVD's