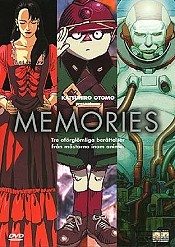 Post your Comments or Review
This page has been viewed 746 times this month, and 3639 times total.

"Memories" is made up of three separate science-fiction stories. In the first, "Magnetic Rose," three space travelers are drawn into an abandoned spaceship that contains a world created by one woman's memories. In "Stink Bomb," a young lab assistant accidentally transforms himself into a human biological weapon set on a direct course for Tôkyô. The final episode, "Cannon Fodder," depicts a day in the life of a city whose entire purpose is the firing of cannons at an unseen enemy.

Do you have anything to add to this page? Have we made any mistakes... or do you have any additional information about Memorîzu? If so, we would love to hear from you. Please send us a quick note with your additions or corrections to this page, and we will make the corrections as soon as possible!

Do you love Memorîzu, or do you think it is the worst cartoon ever? Let us know what you think! Surely you have an opinion... so share what you think. Take a minute and post your own comments about this cartoon here. 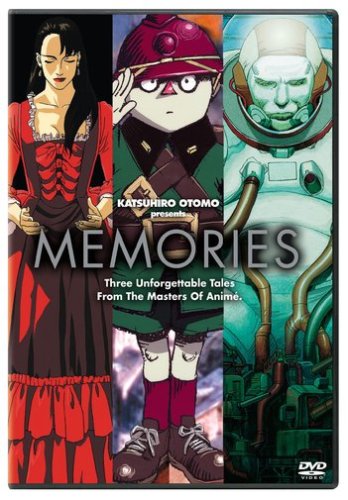