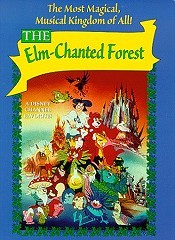 Post your Comments or Review
This page has been viewed 477 times this month, and 5451 times total.

The Cactus King has set out to destroy a magic forest and its inhabitants; he has particular hatred for the beavers, because they are builders. Only one beaver has managed to stay behind- J. Edgar Beaver. J. Edgar meets a kindly artist, Peter Palette, who has fallen asleep under an enchanted elm tree and thus has been granted the ability to talk to the animals (his brush has acquired magic, too). It is Peter's job to save the forest. The Cactus King's crow relays this information to the vociferous monarch, who commands Thistle- his weak, wispy magician- to thwart Peter's effort; but Thistle soon becomes an ally to Peter, who by now is assisted by J. Edgar, Bud E. Bear, and Fifi Fox. The frustrated Cactus King calls on the elements, such as water (headed by King Neptune) and fire (spearheaded by Fire Bug), but they want no part of the Cactus King's destruction. He eventually captures Peter and Thistle, and it's up to the other animals to rescue them. The animals soon learn that the Cactus King has never blossomed and therefore is merely frustrated at not living out his aspirations; when they rescue Peter & Thistle, they mix up a potion Thistle recommends to feed the Cactus King- which they do, while he is sleeping. The King does indeed blossom, and is transformed into a benevolent, loving leader. Peter bids farewell, and J. Edgar- supposedly the only beaver left in the forest- finds a cute female beaver.

Do you have anything to add to this page? Have we made any mistakes... or do you have any additional information about The Elm-Chanted Forest? If so, we would love to hear from you. Please send us a quick note with your additions or corrections to this page, and we will make the corrections as soon as possible!

Below are comments about this cartoon submitted by people who have seen this show. Take a look and see what others have said about The Elm-Chanted Forest. We want to know what you think, too!! Feel free to share your own opinion- we do want to hear from you! You can add your own comments here.

Comments By: Pasta
I watched this movie almost constantly as a kid, and when I watch it these days, it's just as great. The animation quality isn't great, though not terrible, the voice acting is....well, it's the opposite of "good". But then what makes...  (read more)
2 of 39 people found this comment useful

Comments By: digimaster43
i love that movie. i really love thistle. he's very cute. kinda like the one where thistle meets bud e bear and the "let your fur down with a friend" scene.
0 of 7 people found this comment useful

Comments By: Araikon
This Flick stands out so vividly in my mind, I was
just telling My Wife about it i could see the scenes in my head so clearly i could paint a couldve almost redrawn some of the scenes, Great Musicle Apt created the score for this compelling...  (read more)
5 of 14 people found this comment useful 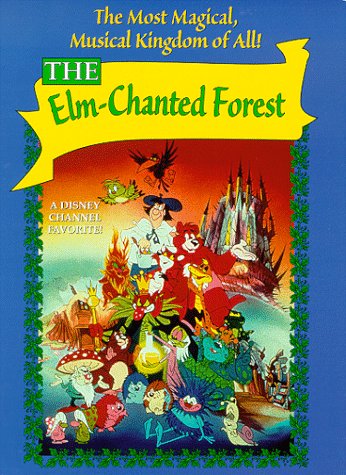