Synopsis for the Theatrical Short Surf's Up 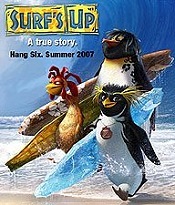 Post your Comments or Review
This page has been viewed 2309 times this month, and 8660 times total.

An action comedy that delves behind the scenes of the high-octane world of competitive surfing. The film profiles teenage Rockhopper penguin Cody Maverick, an up-and-coming surfer, as he enters his first pro competition. Followed by a camera crew to document his experiences, Cody leaves his family and home in Shiverpool, Antarctica to travel to Pen Gu Island for the Big Z Memorial Surf Off. Along the way, Cody meets Sheboygan surfer Chicken Joe, famous surf promoter Reggie Belafonte, surf talent scout Mikey Abromowitz and spirited lifeguard Lani Aliikai, all of whom recognize Cody's passion for surfing, even if it's a bit misguided at times. Cody believes that winning will bring him the admiration and respect he desires, but when he unexpectedly comes face to face with a washed-up old surfer, Cody begins to find his own way, and he discovers that a true winner isn't always the one who comes in first.

Do you have anything to add to this page? Have we made any mistakes... or do you have any additional information about Surf's Up? If so, we would love to hear from you. Please send us a quick note with your additions or corrections to this page, and we will make the corrections as soon as possible!

Do you love Surf's Up, or do you think it is the worst cartoon ever? Let us know what you think! Surely you have an opinion... so share what you think. Take a minute and post your own comments about this cartoon here. 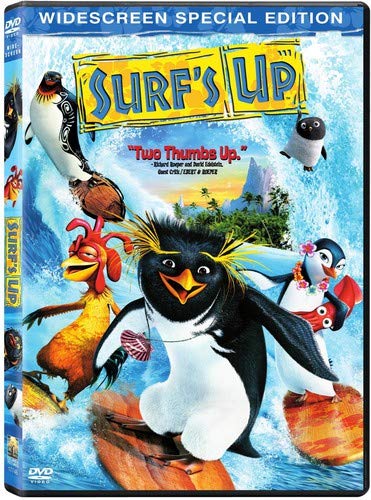 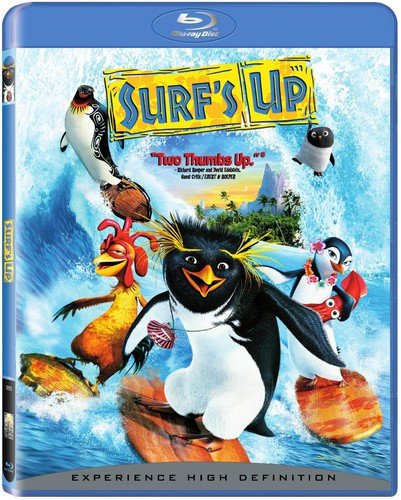