Other Studios : K : King Features Syndicate : Popeye : Which Is Witch

Synopsis for the TV Cartoon Which Is Witch

Post your Comments or Review
This page has been viewed 396 times this month, and 1762 times total.

The Sea Hag plots to kidnap Popeye and imprison him on her island so that she's free to do her evil deeds. However, she knows that the only way to capture Popeye is to entice Olive Oyl onto her island. Popeye and Olive are exploring an old cave on the island and run into the Sea Hag. The Sea Hag creates a robot of Olive to attack Popeye, and to destroy Olive's affection for the sailor. She confuses Popeye with the robot replica of Olive to try to get him into the prison. She locks Popeye in a jail with bars. Popeye has to defeat the Goons to beat the Hag. The real Olive slips Popeye a can of spinach, and he breaks loose. The Sea Hag turns her Goons loose on them both. Meanwhile, Robot-Olive falls in love for Popeye and helps him escape!

Do you have anything to add to this page? Have we made any mistakes... or do you have any additional information about Which Is Witch? If so, we would love to hear from you. Please send us a quick note with your additions or corrections to this page, and we will make the corrections as soon as possible!

Do you love Which Is Witch, or do you think it is the worst cartoon ever? Let us know what you think! Surely you have an opinion... so share what you think. Take a minute and post your own comments about this cartoon here. 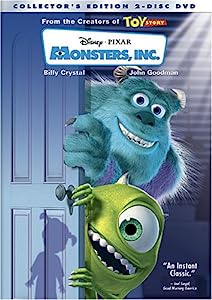