Synopsis for the TV Cartoon Episode XXIV (Jack is Naked)

by Dave Koch Post your Comments or Review
This page has been viewed 1169 times this month, and 2077 times total.

In a parody of Alice in Wonderland, as Jack takes a bath in a pool after fighting a monster, a white rabbit steals Jack's robe and sword, leaving naked. Jack chases the rabbit down a hole and ends up in a strange town. Jack mugs a robber (a cat burglar with an actual bag full of cats) and steals his clothes. An angry mob and some cops chase him, on a flying taxi, through a theater, then finally on a train. When Jack eludes his pursuers, he catches upon the rabbit who turns out to be a little girl with a rabbit-sized backpack. The girl was a poor orphan who stole Jack's stuff to sell them. Jack trades with the girl with a pair of giant slug tusks (from the very monster he was fought) back for his robe and sword.

Do you have anything to add to this page? Have we made any mistakes... or do you have any additional information about Episode XXIV (Jack is Naked)? If so, we would love to hear from you. Please send us a quick note with your additions or corrections to this page, and we will make the corrections as soon as possible!

Do you love Episode XXIV (Jack is Naked), or do you think it is the worst cartoon ever? Let us know what you think! Surely you have an opinion... so share what you think. Take a minute and post your own comments about this cartoon here. 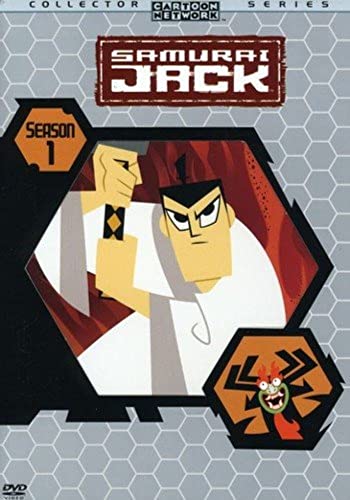