Synopsis for the TV Cartoon Flowers Of Fear

by Dave Koch Post your Comments or Review
This page has been viewed 213 times this month, and 873 times total.

A gigantic space-station hospital as large as a planet is almost deserted, but still interests Ulysses because it contains a cure to bring his crew back to life. The medicine practiced there is so advanced that the Gods, concerned over its power created robot flowers, which upon detecting life-forms destroy them mercilessly. Ulysses and Telemachus, realizing the danger in time, leave the planet which they explored, but Yumi, desperate to cure her brother and the rest of the crew is left on the surface with Nono.

Do you have anything to add to this page? Have we made any mistakes... or do you have any additional information about Flowers Of Fear? If so, we would love to hear from you. Please send us a quick note with your additions or corrections to this page, and we will make the corrections as soon as possible!

Do you love Flowers Of Fear, or do you think it is the worst cartoon ever? Let us know what you think! Surely you have an opinion... so share what you think. Take a minute and post your own comments about this cartoon here. 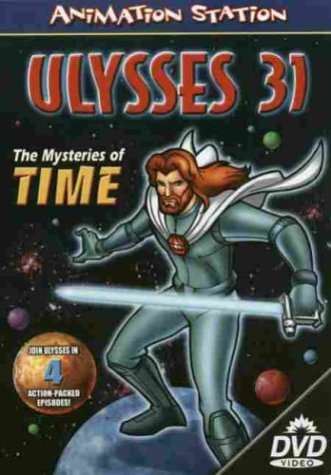