Synopsis for the Theatrical Short Robots

Post your Comments or Review
This page has been viewed 2430 times this month, and 10200 times total.

Young inventor Rodney Copperbottom wants his robots to make the world a better place. He journeys to Robot City to meet his idol, majestic inventor Big Weld. Once there, Rodney finds that things are not quite as he expected, and that his quest may be a lot harder than he imagined. He battles with an evil corporate tyrant.

Do you have anything to add to this page? Have we made any mistakes... or do you have any additional information about Robots? If so, we would love to hear from you. Please send us a quick note with your additions or corrections to this page, and we will make the corrections as soon as possible!

Below are comments about this cartoon submitted by people who have seen this show. Take a look and see what others have said about Robots. We want to know what you think, too!! Feel free to share your own opinion- we do want to hear from you! You can add your own comments here.

Robots are a Hit!

Comments By: liross4
Laughed all the way through this delightful movie! There are all kinds of takeoffs of movies and television shows that are played out in the story -- "Singin' in the oil" is a Gene Kelly copy of his famous scene; "Goodnight.." from...  (read more)
1 of 38 people found this comment useful 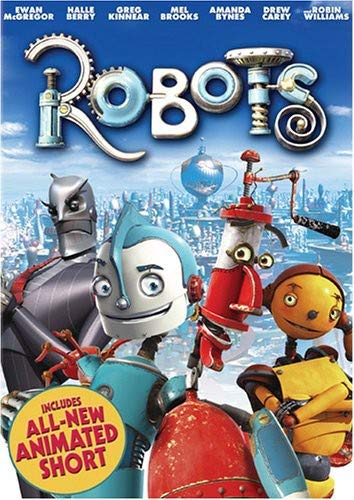