by Dave Koch Post your Comments or Review
This page has been viewed 2351 times this month, and 4387 times total.

Donald hires a look-alike with more gentlemanly manners to win back the heart of Daisy after an argument.

Do you have anything to add to this page? Have we made any mistakes... or do you have any additional information about Donald's Double Trouble? If so, we would love to hear from you. Please send us a quick note with your additions or corrections to this page, and we will make the corrections as soon as possible!

Below are comments about this cartoon submitted by people who have seen this show. Take a look and see what others have said about Donald's Double Trouble. We want to know what you think, too!! Feel free to share your own opinion- we do want to hear from you! You can add your own comments here.

Comments By: bd3
One of my favorite disney shorts,Donald was probably the inspiration for KATIE KA-BOOM. 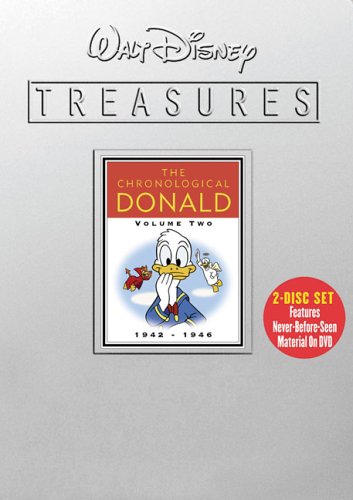