Synopsis for the Theatrical Cartoon Adventures Of Tom Thumb Jr.

Post your Comments or Review
This page has been viewed 130 times this month, and 1688 times total.

Tom Thumb, Jr., the tiniest of midgets, and his grasshopper friend Happy Hopper are out in the fields, looking for food. They see some luscious homemade pies cooling on the windowsill of a lady's house.

When Happy tosses a pie to Tom, it's too hot to handle, and the pie spills all over him, ruining his clothes. The lady of the house, an old woman, sees Tom in this predicament, and she brings him into the house to clean him up. The old woman mistakes him for an orphan baby. After bathing and drying him off, she puts Tom to bed in a thimble. Much to Tom's disgust, the lady dresses him in diapers and gives him milk from a bottle with a nipple on it. Later, after the old woman goes to bed herself, the grasshopper finds Tom, who finally escapes from the lady.

He and Happy resume their search for food in the old woman's house. Together, they try to raid the pantry. But they aren't too successful. Tom spies a mousetrap baited with cheese, but the mouse gets the cheese instead of Tom. Happy opens a can of sardines, but one of the sardines comes out, slaps Happy, gets back into the can and closes the lid. Attempts to grab a cracker in the canary's cage and wrest the salmon from the cat also meet with failure.

A group of birds see Tom and mistake him for a delectable morsel for food. As they're quarreling as to which one will eat him, Tom is rescued by the lady. Much to her delight, Tom tells her that from now on, he'll be her own little boy.

Do you have anything to add to this page? Have we made any mistakes... or do you have any additional information about Adventures Of Tom Thumb Jr.? If so, we would love to hear from you. Please send us a quick note with your additions or corrections to this page, and we will make the corrections as soon as possible!

Do you love Adventures Of Tom Thumb Jr., or do you think it is the worst cartoon ever? Let us know what you think! Surely you have an opinion... so share what you think. Take a minute and post your own comments about this cartoon here. 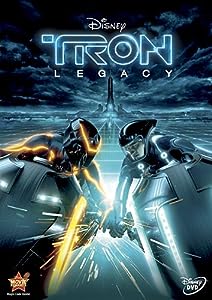