by Dave Koch Post your Comments or Review
This page has been viewed 1180 times this month, and 19890 times total.

The classic story of the bandit of Sherwood Forest is given a new twist-all the characters are animals. Robin Hood is a fox, as is Maid Marian. Little John is a very big bear, Friar Tuck is a badger, and Prince John is a scrawny lion who tries to usurp the throne and oppress the good citizens of Nottingham while his brother, King Richard, is away on the Crusades. It is only through the intervention of clever Robin Hood- and some robbing of the rich to give to the poor- that the kingdom is saved, and the good king can reclaim his throne.

Do you have anything to add to this page? Have we made any mistakes... or do you have any additional information about Robin Hood? If so, we would love to hear from you. Please send us a quick note with your additions or corrections to this page, and we will make the corrections as soon as possible!

Below are comments about this cartoon submitted by people who have seen this show. Take a look and see what others have said about Robin Hood. We want to know what you think, too!! Feel free to share your own opinion- we do want to hear from you! You can add your own comments here.

Comments By: TammiToon
Having seen many animated versions of Robin Hood, I have to say that this version stands out like a sore thumb. It doesn't matter that all the characters are animals, or that certain new characters were created for this movie. It tells a good story,...  (read more)
1 of 43 people found this comment useful

Comments By: alecpele
Disney's Robin Hood is -by far- one of the best movies, the Walt Disney family has produced. The characters of the movie are all animals, Robin Hood is a Fox, Liitle John is a bear, King John is a lion, Marion is fox (in order to be able to couble with...  (read more)
2 of 45 people found this comment useful

Comments By: STARFOX
Steven Bell does not realize the this is a 'DISNEY MOVE' that is designed to bring the child out and bring families together.

This move was never to be a ture actual description of the life and times of 'ROBIN HOOD!'

Comments By: StevenBell
I've seen most of the theatrical versions of the Robin Hood story, and this was by far the weakest. The excessive number of cute children's parts tends to slow the sense of adventure down tremendously. I also object to the constant appearence of...  (read more)
1 of 36 people found this comment useful 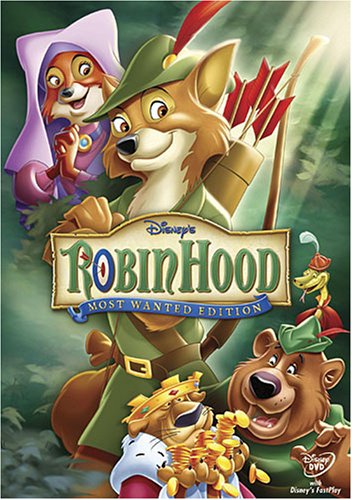 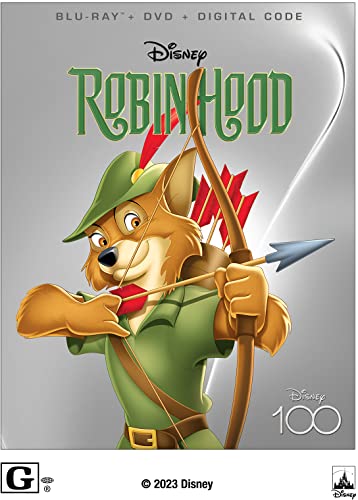