Synopsis for the TV Cartoon The Hero Returns

The Hero Returns (1995) - Fantomcat Cartoon Episode Guide by Dave Koch Post your Comments or Review
This page has been viewed 239 times this month, and 996 times total.

In the year 1699, a feline Duke (Fantom Cat) engaged in a battle in Castle Fantom with Baron VonSkeltor, an evil scientist who experimented upon himself and became a monster.

As they fought, Duke Fantom had no idea of the evil fate that was to fall upon him. The evil Baron caught the Duke unawares, and trapped Fantom within an oil painting, where he would stay for the next 300 years.

300 years later(!).... The scene is Metrocity, America. Tall skycrapers, flying cars and futuristic buildings cover the landscape. The old castle on top of the hill looks very out of place. Tabatha Wildcat (Tabs), Macduff and Lindberg, who are the Wildcat Detective Agency are forced off the road whilst driving in Tabs' car by bomb throwing lizards, and they crash the car right into the old castle. At first, they find nothing but old books and dust.

As the team look around, a bright flash of light envelops the dark castle, and they turn around to find an aristocratic cat in old fashioned clothes lying on the floor beneath an old painting. The painting now has nothing in it.

After much conversation between the four, Tabs becomes aware that the Duke isn't lying, and that he actually is from the 17th century. As Duke Fantom has a very long name (which escapes me!), Macduff asks the Duke if they can call him Fantom Cat, to which he agrees.

Meanwhile, Tabs' arch enemy gangster 'Marmagora' is up to her evil tricks again (as indeed she is in every episode), along with her hilarious minion, the poor, downtrodden 'Vile', who you just have to feel sorry for!

Marmagora just so happens to be interested in Baron VonSkeltor (Who defeated Fantom Cat), and tries to bring him forward in time to partner with her, although she is unaware and has never heard of Fantom Cat.

Do you have anything to add to this page? Have we made any mistakes... or do you have any additional information about The Hero Returns? If so, we would love to hear from you. Please send us a quick note with your additions or corrections to this page, and we will make the corrections as soon as possible!

Do you love The Hero Returns, or do you think it is the worst cartoon ever? Let us know what you think! Surely you have an opinion... so share what you think. Take a minute and post your own comments about this cartoon here. 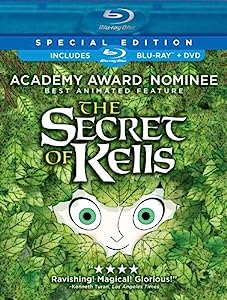