Synopsis for the Theatrical Cartoon Bully For Bugs

Post your Comments or Review
This page has been viewed 2757 times this month, and 9810 times total.

Before we encounter Bugs, we get an eyeful of a magnificent bull in action as he makes short work of a matador. Looking for the "Coachella Valley and Carrot Festival therein" (that left turn at Albuquerque again), Bugs tunnels into the middle of the arena. Bugs becomes hostile when the bull's breath steams up his tail, and the bull bops him high into the air. The bunny utters his famous declaration, "Of course you realize this means war!" and steps back into the arena in full toreador costume, directing the bull head-first into an anvil with his red cape, then doing a show-stopping dance (to "La Cucaracha") with the now slap-happy bull. Another bit of choreography follows, this one set to the Mexican Hat Dance and employing as its theme Bugs walking right up to the behemoth and slapping him repeatedly in the face- in tempo! Next, Bugs booby-traps his cape with a rifle, which the bull accidentally swallows, enabling him to fire bullets out of his horns. However, he abuses the privilege by trying explosive-headed bullets. Bugs then sends the bull out of the stadium. By the time he returns, Bugs has arranged for his defeat with a Rube Goldberg routine which sets off a powder keg just as the bull flies over it. This heads the bull straight into the side of the arena. Over the bull's battered backside, Bugs displays a banner reading "The End."

Do you have anything to add to this page? Have we made any mistakes... or do you have any additional information about Bully For Bugs? If so, we would love to hear from you. Please send us a quick note with your additions or corrections to this page, and we will make the corrections as soon as possible!

Below are comments about this cartoon submitted by people who have seen this show. Take a look and see what others have said about Bully For Bugs. We want to know what you think, too!! Feel free to share your own opinion- we do want to hear from you! You can add your own comments here.

Comments By: GKBowood
All my favorite Bugs insults are here! So hilarious, the gags, the puns, the whole
package is ROTFL!
0 of 24 people found this comment useful

Comments By: Kiddman
After forgetting to take "that left turn at Albequerque", Bugs finds himself in one heck of a bullfight with a huge and relatively intelligent bull, who manages to match wits fairly well with our favorite wabbit, er rabbit.
The...  (read more)
1 of 31 people found this comment useful

Comments By: tintingrrl
This is definitely one of my favorites! The best thing about this cartoon, like so many, are the facial expressions of Bugs and the bull!
4 of 51 people found this comment useful

Comments By: ben662
The dances to classics like La Cucaracha and Mexican Hat Dance are great! especially the slaps across the bull's face! Especially hilarious are the bows alternated between the Bull and Bugs trying to outwit each other! And hearing the classic Bugs line...  (read more)
0 of 24 people found this comment useful 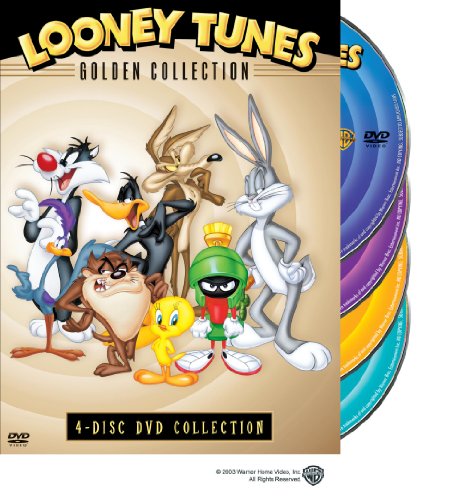