Post your Comments or Review
This page has been viewed 124 times this month, and 2237 times total.

Fred loves money. He figures that if he tells his wealthy Uncle Tex that he named his son after him, he'll get some money when inheritance time comes. As we all know, Fred and Wilma don't have a son. Guess whom he cons into playing "Little Tex?" Fred enlists Barney's help in ensuring his inheritance.

Teaser Sequence: Fred has a disguised Barney in a baby carriage. Uncle Tex says "Now that's a real baby. A big one like everything else is back in Texas." Fred sighs in relief. Uncle Tex tickles Barney's nose saying "Coochie-Coochie-Coo" and laughs. Barney angrily pulls his hat over him. Fred rushes Barney off covering his mouth. Wilma and Betty try to get Uncle Tex out from under his hat. Fred has a talk with Barney of why he did what he just did to Uncle Tex and that he could get mad at them. Barney doesn't like to be "Coochie-Coochie-Cooed" as Barney flicks Fred's nose like Uncle Tex just did to Barney. Fred tells him to go along with it and it means a lot to all of them. Wilma pulls Uncle Tex from out of his hat and crashes into something off-screen.

Do you have anything to add to this page? Have we made any mistakes... or do you have any additional information about Baby Barney? If so, we would love to hear from you. Please send us a quick note with your additions or corrections to this page, and we will make the corrections as soon as possible!

Do you love Baby Barney, or do you think it is the worst cartoon ever? Let us know what you think! Surely you have an opinion... so share what you think. Take a minute and post your own comments about this cartoon here. 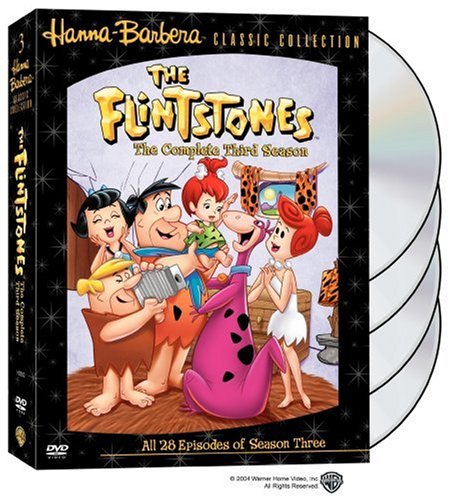