by Dave Koch Post your Comments or Review
This page has been viewed 110 times this month, and 523 times total.

Speed resumes the Sword Mountain Race, neck and neck with Duggery. Ace and his gang approach from the opposite direction. Speed swerves off the road and uses his rotary saws to cut a path through the overgrown terrain. Trixie creates a temporary distraction, bombing the gang with smoke flares from her plane. At a cross-road, Duggery decides to take a shortcut. Speed knows that the road leads to a dangerous volcano and sets out to rescue him.

Meanwhile, Ace and his gang fire at Trixie. The plane plummets but Trixie escapes. At the edge of the volcano, Duggery is thrown from his car, and left dangling from a rock. Speed also ends up on a rock shelf after trying to rescue his competitor. They manage to reach safety but find that the gang surrounds the Mach 5, with Trixie taken hostage.

Spritle and Chim Chim, who have hidden in the Mach 5's trunk, throw rocks at the gang while Speed, Duggery, and Trixie fight them off. Ace takes off in the Mach 5. Speed follows in hot pursuit in Ace's racecar- What kind of cheap car is this? Speed catches up to him, jumps into the Mach 5, and wrestles the pistol out of Ace's hand. With his foot, Ace accidentally hits the auto jack button, which propels him out of the car. Speed slams on the brakes. The car comes to a halt. Ace reappears. Speed hurls his helmet at the Mach 5, shattering its windshield. He kicks Ace off the cliff. Returning to the race, Speed passes Duggery and wins.

Do you have anything to add to this page? Have we made any mistakes... or do you have any additional information about Take Flight! Mach, Part 2? If so, we would love to hear from you. Please send us a quick note with your additions or corrections to this page, and we will make the corrections as soon as possible!

Do you love Take Flight! Mach, Part 2, or do you think it is the worst cartoon ever? Let us know what you think! Surely you have an opinion... so share what you think. Take a minute and post your own comments about this cartoon here. 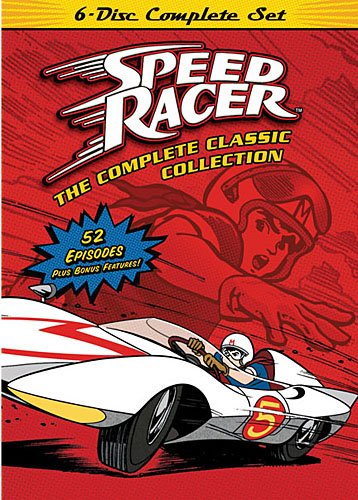