Synopsis for the Theatrical Cartoon Half Baked Alaska

Post your Comments or Review
This page has been viewed 2928 times this month, and 6372 times total.

We're back in the frozen North with ham and eggs at $45, coffee at $10 a cup, and a Chilly Willy with nary a sou in his pocket. On a desperate job-hunting expedition, Chilly flunks out as piano player, dancer, barber, blacksmith and photographer's assistant.

Cold and starving, he ends the day in front of the restaurant of our old friend, dog Smedley. Through the window, he watches Smedley go through an amazing flapjack-flipping demonstration, but he's understandably more interested in the edibility of the product than in Smedley's skill. Chilly sneaks in and, hiding under the work table, surreptitiously helps himself to all the flipping pancakes that he can catch.

Enter the lumberjack villain, who hasn't eaten in six weeks. The impatient customer screams for an order of 268 flapjacks, meanwhile eating the moose head right off the wall as an appetizer.

Smedley goes into frenzied activity to fill the order, but as each pancake lands on the plate, it disappears. The villain gets progressively meaner as Smedley comes up confused at this strange turn of events.

Finally, Chilly emerges from his hiding place and, unobserved, prepares a plate of stove lids with butter and syrup. Helpfully, he offers them to Smedley, who gratefully serves them to his obnoxious and impatient customer. He bites, teeth crumble, and Smedley becomes the target of flying stove lids.

Smedley fires the lids back. Chilly yells for his mama. A veritable Amazon of a woman comes to the rescue. Picking Smedley up by the ears, she batters him unmercifully and tosses him out the door. In our final scene, Chilly's trying his hand at flipping himself.

However, not as adroit as Chilly in sleight-of-hand feats, Smedley is caught in the act, and we iris out on Chilly beating him over the head with the frying pan, and treating us to a mischievous grin and wink.

Do you have anything to add to this page? Have we made any mistakes... or do you have any additional information about Half Baked Alaska? If so, we would love to hear from you. Please send us a quick note with your additions or corrections to this page, and we will make the corrections as soon as possible!

Below are comments about this cartoon submitted by people who have seen this show. Take a look and see what others have said about Half Baked Alaska. We want to know what you think, too!! Feel free to share your own opinion- we do want to hear from you! You can add your own comments here.

Comments By: tim74
Lets face it: we all have some serious jonesin' for pancakes every now and then. And in this short, Chilly has a serious case of the munchies. Smedley asks Chilly if he wants "more butter?" and "more syrup?" on his pancakes. To earn...  (read more)
1 of 22 people found this comment useful 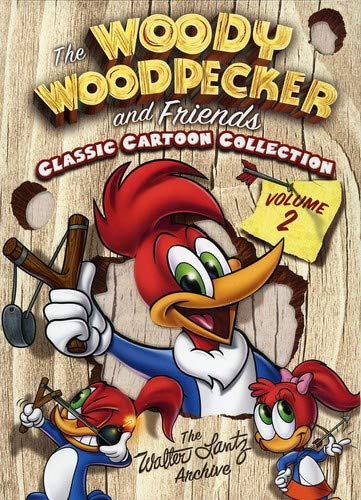