by Dave Koch Post your Comments or Review
This page has been viewed 453 times this month, and 2377 times total.

A young Indian, sent on a quest by his chief to capture a woodpecker, sees Woody riding through the desert on a motor scooter shooting cans off of cacti. Buzz Buzzard witnesses the Indian's unsuccessful first attempt to capture Woody and offers to give the Indian a hand. They employ Wile E. Coyote-like schemes to catch Woody, but Buzz Buzzard only ends up catching Woody's scooter (and getting knocked out by it). Woody then puts a red rubber glove on unconscious Buzz's head and tells the Indian he has found a giant woodpecker. The Indian believes it and drags Buzz home. The Indian chief is quite impressed at first, but he soon discovers the truth and spanks the young Indian for fooling him.

Do you have anything to add to this page? Have we made any mistakes... or do you have any additional information about Indian Corn? If so, we would love to hear from you. Please send us a quick note with your additions or corrections to this page, and we will make the corrections as soon as possible!

Do you love Indian Corn, or do you think it is the worst cartoon ever? Let us know what you think! Surely you have an opinion... so share what you think. Take a minute and post your own comments about this cartoon here. 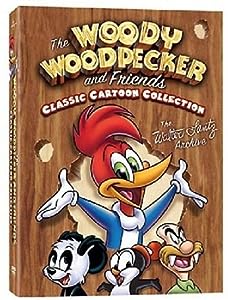