Synopsis for the TV Cartoon The Tick vs. Europe

The Tick vs. Europe

The Tick vs. Europe

by Dave Koch Post your Comments or Review
This page has been viewed 162 times this month, and 573 times total.

As part of an international superhero exchange of Antwerp, Belgium, an impressive flying heroine named Eclair comes to The City. While Eclair and Arthur defend The City against an infestation of meddlesome gingerbread men baked by the notorious Breadmaster, The Tick must surmount the obstacles of European culture and language to pit his all-American superhero know-how against the wily Octopaganini, a spidery eight-limbed criminal mastermind/violin virtuoso and Eastern Bloc Robot Cowboy, whose brain was transplanted into a lethally-enhanced vending machine by a mad scientist.

Do you have anything to add to this page? Have we made any mistakes... or do you have any additional information about The Tick vs. Europe? If so, we would love to hear from you. Please send us a quick note with your additions or corrections to this page, and we will make the corrections as soon as possible!

Do you love The Tick vs. Europe, or do you think it is the worst cartoon ever? Let us know what you think! Surely you have an opinion... so share what you think. Take a minute and post your own comments about this cartoon here. 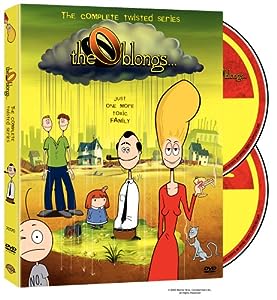