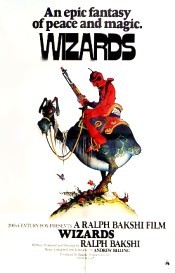 by Dave Koch Post your Comments or Review
This page has been viewed 2705 times this month, and 11045 times total.

In a post-apocalyptic future, humankind is destroyed and the fantastic races of ancient legend emerge to repopulate the earth. In fulfillment of an ancient prophecy, twin sons- wizards- are born to a queen of the faeries: one good, the other aggressively evil. They are destined to collide in a war that will destroy the new earth. Blackwolf, the evil son, is a deformed mutant and is cast out of the community. He seeks to rediscover the ancient technologies of warfare and destruction in order to gain his revenge and subjugate the free peoples of the earth. Avatar, the good son, is human and seeks a passive life of non-aggression in order to avoid responsibility for the bloodshed and despair prophesied. Blackwolf's disastrous attempts to assassinate his brother compel Avatar to marshal forces against Blackwolf, leading to the ultimate confrontation.

Do you have anything to add to this page? Have we made any mistakes... or do you have any additional information about Wizards? If so, we would love to hear from you. Please send us a quick note with your additions or corrections to this page, and we will make the corrections as soon as possible!

Below are comments about this cartoon submitted by people who have seen this show. Take a look and see what others have said about Wizards. We want to know what you think, too!! Feel free to share your own opinion- we do want to hear from you! You can add your own comments here.

Comments By: kirbylee70
Of the animated films I've enjoyed over the years, I found this one to be one of the best. The combination of fantasy and skewed look at technology used for evil played as well when first viewed as it does today. The animation itself was a marvel to look...  (read more)
3 of 30 people found this comment useful

Comments By: scud6119
This is the reason that I am what I am today. Ralph Bakshi is a master of taking the dynamic and compositional world or cartooning and bringing it to life. I saw this movie for the first time when I was five, I still watch it so that I don't...  (read more)
3 of 32 people found this comment useful

Comments By: dingdog
Good, vile, raunchy fun for 17-year-old males of all ages.
2 of 28 people found this comment useful

Comments By: TJRetro
I'd give it a 5, but the foul language is what had me knock it down a notch. Well directed and animated, nonetheless! I saw this one when I was a senior in High School - 1992-1993. I had only seen this once, but it was enough for me. Ralph Bakshi is...  (read more)
2 of 17 people found this comment useful 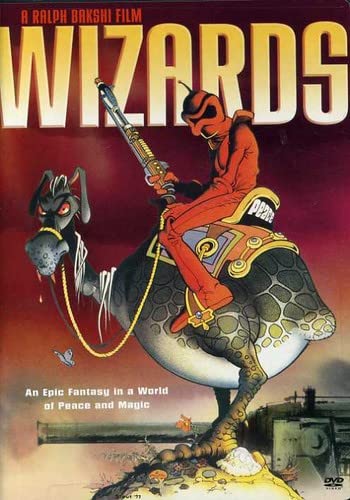