by Dave Koch Post your Comments or Review
This page has been viewed 736 times this month, and 3218 times total.

The magpies come across a beach resort and set up a scam (phony hot dogs). A bulldog cop and his dumb accomplice, Dimwit the hound, try to catch them, but are outsmarted at every turn. A lengthy chase leads them into the ocean. Heckle lets the air out of the rubber horse that Dimwit is riding, and the bulldog gets conked on the head with a sledgehammer. Eventually, the magpies end up as targets in a shooting gallery, and they get a bomb thrown at them. The whole island blows up (shades of Hiroshima), and Heckle & Jeckle end up doing the Great Hula Dance in the Sky.

Do you have anything to add to this page? Have we made any mistakes... or do you have any additional information about Hula Hula Land? If so, we would love to hear from you. Please send us a quick note with your additions or corrections to this page, and we will make the corrections as soon as possible!

Do you love Hula Hula Land, or do you think it is the worst cartoon ever? Let us know what you think! Surely you have an opinion... so share what you think. Take a minute and post your own comments about this cartoon here. 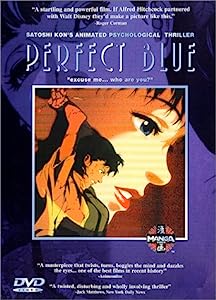