Other Studios : I : Independent : Hullabaloo

Synopsis for the Theatrical Short Hullabaloo

by Dave Koch Post your Comments or Review
This page has been viewed 1294 times this month, and 5469 times total.

The story of Veronica Daring, a brilliant young scientist who returns home from an elite finishing school to find her father--the eccentric inventor Jonathan Daring--missing without a trace! The only clue left behind points Veronica toward Daring Adventures, an abandoned amusement park used by her father to test his fantastical steam-powered inventions. There she discovers a strange girl named Jules, a fellow inventor who agrees to help Veronica in locating her missing father and discovering the secrets of his work.

Together, Veronica and Jules learn that Jonathan Daring has been kidnapped by a mysterious group of influential persons, who seek to use his latest invention for nefarious purposes. These villains are wealthy and influential and neither Veronica nor Jules can stop them openly. But determined to save her father and holding true to the family creed that technology should be used for the good of all, not the greed of some, Veronica assumes the secret identity of “Hullabaloo”, a goggled crusader who uses wits and science to combat evil and oppose the nefarious conspiracy that has taken her father.

But the question remains: what are the villains up to? What do they plan to do with Jonathan Daring's mysterious new technology? And will Veronica and Jules be able to stop them in time?

Do you have anything to add to this page? Have we made any mistakes... or do you have any additional information about Hullabaloo? If so, we would love to hear from you. Please send us a quick note with your additions or corrections to this page, and we will make the corrections as soon as possible!

Do you love Hullabaloo, or do you think it is the worst cartoon ever? Let us know what you think! Surely you have an opinion... so share what you think. Take a minute and post your own comments about this cartoon here. 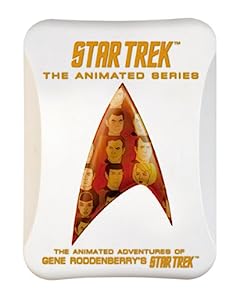