by Dave Koch Post your Comments or Review
This page has been viewed 66 times this month, and 681 times total.

Jake presents a project to the school on the "Dire Wolf," a mythical canyon creature who nobody but Jake believes actually exists. Sheila's rage at a stuck zipper causes her to explode in anger and accidentally destroy Jake's project. Jake is furious at his mother, and he retreats to Frida's snack bar, where he finds comfort in a very nurturing Frida. In an attempt to please his new "mom," Jake takes off on a dangerous quest to find wild cabbage. Meanwhile, Norm tries to teach Sheila how to control her anger so that she can stop embarrassing Jake, and Roxy alienates Mace and Pristine with her self-centered nature, and she's forced to try and find new friends. Jake finds some mysterious slime on his quest for cabbage, and he brings it back to Frida's. When Sheila sees Frida tending to Jake's skinned knee, she flies into another rage, igniting a food fight among the canyonites. Some of Jake's mysterious slime flies into Sheila's mouth, and they discover that the substance has powerful relaxation effects. Jake names it "Chillaxin' Chutney" and sells it to the canyonites, who soon become addicted. Roxy strikes up a friendship with Lippy, who's an excellent listener and who harbors romantic feelings for her, but she soon realizes that she needs to repair things with Mace and Pristine. When Jake runs out of Chillaxin' Chutney, the canyonites chase Jake in a manic rage. While hiding out in a cave, Jake and Sheila come across a real Dire Wolf, and Sheila's anger comes in handy as she protects Jake from the beast.

Do you have anything to add to this page? Have we made any mistakes... or do you have any additional information about Chillaxin' Chutney? If so, we would love to hear from you. Please send us a quick note with your additions or corrections to this page, and we will make the corrections as soon as possible!

Do you love Chillaxin' Chutney, or do you think it is the worst cartoon ever? Let us know what you think! Surely you have an opinion... so share what you think. Take a minute and post your own comments about this cartoon here. 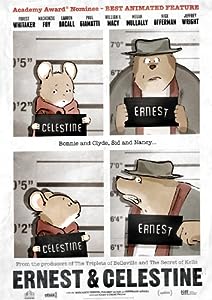