Synopsis for the Theatrical Cartoon Fastest With The Mostest

Fastest With The Mostest

Fastest With The Mostest

Post your Comments or Review
This page has been viewed 517 times this month, and 3117 times total.

Wile E. Coyote's Plan A: dropping a rocket bomb from a balloon. However, as he tries to blow it up, the air goes the wrong way, so the coyote inflates instead. He starts to float away and tries to hold himself down by grabbing onto the bomb for support. Bad idea! He propels himself upward by letting the air out, but then there's nothing to hold him up, and he plummets to the ground with the bomb behind him. Miraculously, it doesn't explode on impact, and he painstakingly tries to defuse it, but...

Plan B: Wile E. tries a trap which involves hanging over the Road Runner, who has stopped running to partake in the coyote's advertised "Tranquilizer Bird Seed." When the coyote falls, the bird kindly places a spring underneath him (for which Wile E. holds up a sign reading "Thanks").

Plan C: Wile E. thinks he's got the Road Runner. He even gets out his knife, fork and napkin! But when he corners the Road Runner at the edge of a cliff, his part gives way and he falls right through (his cutlery giving him a close shave). Before he knows it, he drops into a waterfall and lands in a river, eventually carries him through a series of ever-smaller tunnels and pipes and out a faucet.

At the end of this ordeal, the coyote gazes at the Road Runner standing calmly on the unconnected yet stable piece of precipice, and comments, via a sign, "I wouldn't mind- except that he defies the law of gravity!" The Road Runner answers with a sign of his own: "Sure, but I never studied law."

Do you have anything to add to this page? Have we made any mistakes... or do you have any additional information about Fastest With The Mostest? If so, we would love to hear from you. Please send us a quick note with your additions or corrections to this page, and we will make the corrections as soon as possible!

Do you love Fastest With The Mostest, or do you think it is the worst cartoon ever? Let us know what you think! Surely you have an opinion... so share what you think. Take a minute and post your own comments about this cartoon here. 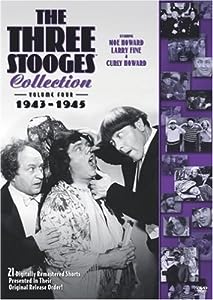