Balsa, a female bodyguard armed with a short spear, revisits the lands of the New Yogo Empire after two years. She rescues a boy in noble garments who was shaken off from an oxcart into a river after the ox had suddenly burst out running.

The boy that Balsa rescued was the Second Prince of the empire, Chagum. When she is invited to the palace and warmly welcomed in appreciation for saving the prince, the Second Queen tells her a grave secret. It seems Chagum is possessed by something unknown and his father the Mikado, not welcoming the situation, is trying to put him to death. The Second Queen, seeing Balsa's competence as a fighter, asks her to be Chagum's bodyguard.

Balsa, taking a mission that would put her life at risk by becoming the Emperor's enemy, sets the palace on fire and escapes from the blazing palace with Chagum...

Do you have anything to add to this page? Have we made any mistakes... or do you have any additional information about Barusa Onna Yojinbo? If so, we would love to hear from you. Please send us a quick note with your additions or corrections to this page, and we will make the corrections as soon as possible!

Do you love Barusa Onna Yojinbo, or do you think it is the worst cartoon ever? Let us know what you think! Surely you have an opinion... so share what you think. Take a minute and post your own comments about this cartoon here. 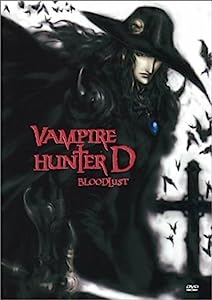