Hanna-Barbera Studios : G-J : The Gary Coleman Show : Put Up Or Fix Up

Synopsis for the TV Cartoon Put Up Or Fix Up

Put Up Or Fix Up

Put Up Or Fix Up

by Dave Koch Post your Comments or Review
This page has been viewed 155 times this month, and 597 times total.

The Gary Coleman Show was based on the live-action TV movie The Kid with the Broken Halo, which starred Coleman as an apprentice angel trying to earn his wings. In the cartoon, Coleman played Andy LeBeau (his character in the movie) and was on a mission to complete 28 good deeds before entering heaven. Andy was blessed with certain angelic powers, but only when he wore his halo. While trying to fit in with the other kids, LeBeau would conveniently hide the halo in his back pocket, where it could easily be stolen or misplaced. Andy reported to his boss angel, Angelica, and was constantly in danger of having his plans thwarted by Hornswaggle, who had been sent by the competition.

Do you have anything to add to this page? Have we made any mistakes... or do you have any additional information about Put Up Or Fix Up? If so, we would love to hear from you. Please send us a quick note with your additions or corrections to this page, and we will make the corrections as soon as possible!

Do you love Put Up Or Fix Up, or do you think it is the worst cartoon ever? Let us know what you think! Surely you have an opinion... so share what you think. Take a minute and post your own comments about this cartoon here. 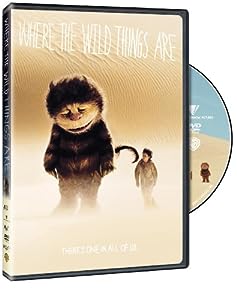