The Amazing Chan and the Chan Clan

by Dave Koch Post your Comments or Review
This page has been viewed 107 times this month, and 1102 times total.

After a while you begin to feel you are watching the same Amazing Chan episode over and over. This one resembled other episodes that have taken place on a stage or something similar.
The maharajah episode resembled the circus episode with the tents, believe it or not.
Another episode without JOdie Foster as Anne Chan, and there would also be a good joke with Susie Chan filling in as the levitating woman, but that moment would be terribly brief.
And then the song. Unlike JOsie and the Pussycats and Scooby Doo, the whole Chan cartoon comes to a standstill to show the group playing their instruments and singing the song.
Only the Fat Lady Caper played the song (thus far, the best song in the series) during the chase scene.
ONce again, this episode's song was totally forgettable.
0 of 9 people found this review helpful 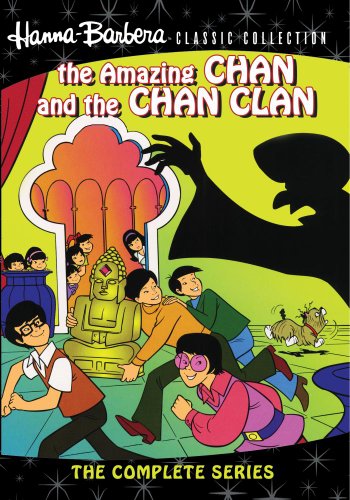