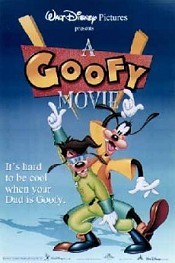 by Dave Koch Post your Comments or Review
This page has been viewed 3106 times this month, and 13777 times total.

This movie is goofy(no pun intended)its similar to his earlyer shorts in which everyone is goofy,sharp eyes look fast for 3 cameos by Mickey mouse.
1.As a telephone
2.His face on a high chare
3.Hitchhiking with Donald Duck.
This is a great movie and i recomend it to all you goofy fans out there.

2 of 31 people found this review helpful

This is a great cartoon movie. It's been great seeing Goofy again. The characters are all cool; it's as if we watch all our favourite classic heroes in a modern version. I felt nostalgic a couple of times, while watching the movie. The music is great too, especially the soundtracks 'Eye to eye', 'On the Open Road' and 'Stand out'. I was also delighted to hear Goofy once again making his familiar scream while being slung. It's a very pleasant movie.
14 of 46 people found this review helpful

A spin off of the cartoon 'Goof Troop!" DISNEY'S legendary star comedian "GOOFY!" finely gets his very own full lenght animated movie. And along with his som Max, they do a little father and son bonding as Goofy takes his son cross country trip to his family's favorite fishing hole.

But Max has other plans, like impressing his new girl friend Roxanne by getting on stag and performing with the hottest rock singer "POWER LINE" But on their misadventure they find themselves face to face with Big Foot! To name a few.

The Grooviest, I mean, The Goofiest but musical animated movie since, "ROBIN HOOD!"
4 of 32 people found this review helpful

I loved the characters. I loved the music. This one did it right. Max and Goofy were at thier best in this continuation from "Goof Troop" that managed to avoid being too preachy while still letting the conflict work out. I thought Max's girlfriend Roxanne was a real heartbreaker. I only wish she had made it to the sequel.
4 of 20 people found this review helpful

The funniest modern Disney feature I’ve seen. The story line holds great father/son relationship
truths without being preachy. Goofy is in his classic Goof role. Son Max’s worst nightmare is
that he is turning out like his Dad. Pete is in his traditional bad guy role. I love the way the older
characters are played true to type. This movie has become a cult-watch in our family. Get the
video and treat yourselves.
8 of 20 people found this review helpful 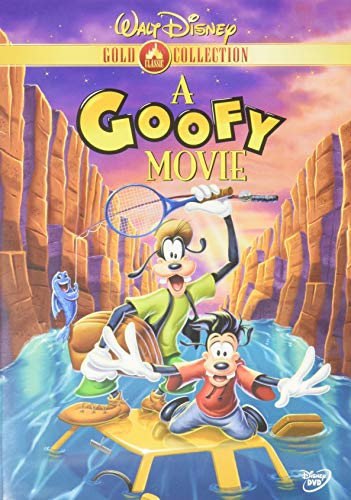