by Dave Koch Post your Comments or Review
This page has been viewed 602 times this month, and 4466 times total.

If this cartoon (Fish Tales) is the BEST work Jack King did at WB then that's not really saying very much. The film has no pacing and gags are unfunny. I would expect that kind of work from Filmation, not WB's.
5 of 18 people found this review helpful

This is probably Jack King's best work for Warners, save for maybe "Alpine Antics", a Beans cartoon. Porky Pig goes fishing, and after having problems with his boat he falls asleep while fishing. Porky dreams that a big, ugly fish casts a line into Porky's boat, and Porky grabs the bait (a donut, of course.) The fish reels him in and strips off his clothes like scales, then takes him home to his ugly fish family to be cooked. After some struggle, Porky is subdued and stuck in the oven, where the flames dance around him (only in a cartoon, underwater dancing flames.) Porky escapes, but then has to contend with other sea creatures, including an octopus and a swordfish. He gets out of the water and back onto his boat, then wakes up. Porky, frightened by his fream, throws his catches back and zooms back to shore, apparently swearing off of fishing. If you're an anti-fishing person, this is the cartoon for you. Otherwise, it's still well animated and an interesting piece of work, definitely scary if not all that funny. Notice that this is an essentially pantomime cartoon, Porky hardly speaks at all, and the fish, except for the laughing kid, are silent. There are THREE versions of this cartoon, a hand-traced color version, an original Black and White, and a computer colorized version. -Matthew
7 of 21 people found this review helpful 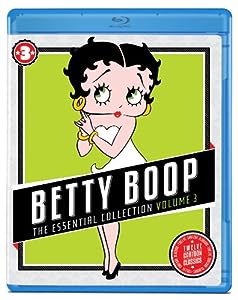