by Dave Koch Post your Comments or Review
This page has been viewed 3239 times this month, and 13247 times total.

This is where it all truly began. Tex had seen all the Bugs cartoons made before inwhich he seemed to resemble Daffy and would go on to inspire the creation of Woody Woodpecker. He then decided to give this rabbit a go. This is where Bugs personality came into being. It was this cartoon that introduced the catch-phrase "What's up, Doc?", the carrot obsession, the Brooklyn accent, and the unflappable calm demeanor when faced with a fire-arm.
The cartoon itself is about par by Tex's standards but in the theatres it caused a sensation. The audiences loved it and wanted to see more. This cartoon was even nominated for an Oscar. Which proves that even the acadamy couldn't ignore the greatness of such a character.

Although this is predominantly credited as the first Bugs Bunny cartoon, it was a jump start for Elmer Fudd's career as well. For you see, what Chuck Jones established in Elmer's Candid Camera, Tex Avery improved on in this cartoon. Instead of a photographer, Elmer is now a hunter (or as pointed out in Looney Tunes: Back in Action, secretly evil). This was to help Bugs seem more like he's saving his own life rather than merely causing trouble. (Of course, to learn more about Bugs' role in this toon, check out Significant Toons in Bugs Bunny's Career on this same forum.) And yet, despite the addition of fire arms, Elmer is no more menacing than he is with a camera.
Another component Tex improved upon is Elmer's intelligence. In Candid Camera, Elmer was simply overwhelmed by his surroundings. Here, he is actually shown to have very low intelligence. Bugs has to actually show Elmer his ears, tail, and hopping abilities in order for Elmer to even have a clue as to Bugs being a rabbit. That component adds another wrinkle to his angst. It's not that he doesn't know how to handle things it's that he's too stupid to handle things. Even in Bugs' death scene, every one of us could see through this hammy performance. However, Elmer falls for it even so much as to cry against a tree. And, of course, then has a nervous break-down when he realizes that Bugs is indeed alive and with enough energy to kick Elmer in the rear as high as the tree he's leaning on.
Thus, the immense popularity of this cartoon would insure that the careers of both Bugs AND Elmer would be secure for quite a while.

6 of 40 people found this review helpful

This is the first real Bugs Bunny film. The audience loved the cartoon. They called the box office and said "when are we going to see more of that rabbit?" like the box office had something to do with it.
3 of 27 people found this review helpful 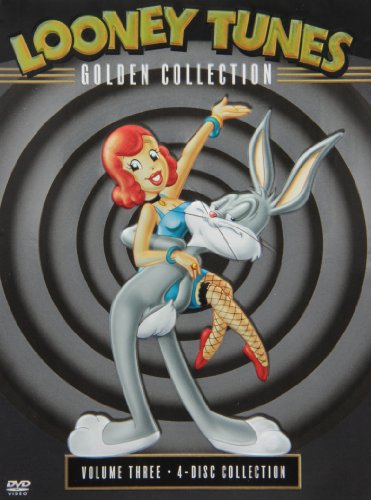