Post your Comments or Review
This page has been viewed 1595 times this month, and 11543 times total.


This cartoon is fantastic!!

I've always been a fan of the work Chuck Jones has done, be it for Wyle E. Coyote and Road Runner or even Tom and Jerry, but this one is the ultimate best for me. I haven't seen this cartoon since I was a kid (and that was on the reruns on Nickelodeon!). My daughter was recently watching a cartoon that had part of the Strauss tune on it and it set in stone for me that I had to find and watch this cartoon again. It is my alltime favorite!! When I watched it for the first time in ten or so years, I laughed so hard because it was even funnier now that I'm older. What I like even better is that my 5 year old was standing next to me laughing out loud along with me. :) I'm glad she has good taste!
0 of 34 people found this review helpful

Chuck Jones once said that his approach to a classical music cartoon was one of a non-musician--in his exact words, one who was more CONSCIOUS of music than a non-musician (much like a pedestrian's more conscious of cars than a driver can be). Well, as a musician, I can't identify with that viewpoint at all......nor could I ever imagine such a viewpoint; I thought music was just something someone took for granted & enjoyed--that's really all there is to its appeal.
Jones' filmmaking style may be borne of a "rarified" state: someone who absorbs as many of the arts & humanities as he possibly could. But when it comes to music, Jones is strictly a DIRT-POOR PEASANT!!! He'd rather hang out at the Little Brown Jug than join in a noble waltz tune.
0 of 44 people found this review helpful

One of the Best

This is one of my all time favorite cartoons. To make dogs from 1/4 rests and the like only proves Chuck Jones was a Super-Genius. A must see cartoon!
1 of 39 people found this review helpful

One of Chuck Jones' best. It rates as one of the few of the great cartoons in the latter years. Gags are everywhere, from beginning to end.
0 of 28 people found this review helpful 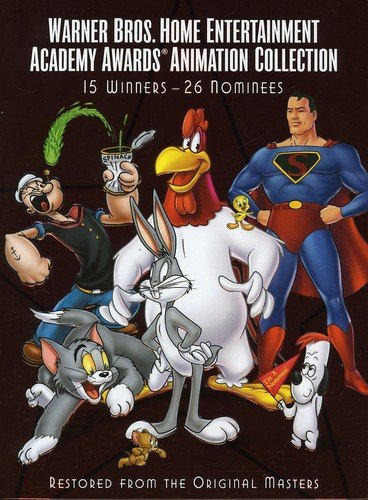