Home : Reviews: The Fox And The Hound

The Fox And The Hound User Reviews

The Fox And The Hound (1981) Feature Length Theatrical Animated Film

by Dave Koch Post your Comments or Review
This page has been viewed 2009 times this month, and 15013 times total.


The Fox and the Hound

"The FOX and the HOUND" ('81 release) was the last film Frank Thomas animated in ruff animation. He and Olie Johnson started writing their famous book, "The illusion of Life". There are a number of his scenes of "Tod" the young and older fox in the film running around logs and scenes of inter twinning both young "Copper" and "Tod". I worked with Walt Stanchfield and Tom Ferriter on a number of scenes cleaning up some of Frank Thomas' scenes with the older "TOD" that has a stick in his mouth in the fishing pond sequence.

A good friend of mine Mike Cedeno animated his first production scene officially with the older "TOD" in the fishing pond trying to catch a slippery fish. He made the fish slipping out of "TOD's" paws very entertaining. Mike also did a nice loose animation of "TOD" avoiding all the bear traps in the gully the Hunter set up to trap one of the foxes.
Chris Buck did a nice fox running very fast in the opening credit scenes before the symbolic spider web scene.

I think the main publicity scene with Tod and Copper in the log was with Frank Thomas and Dale Oliver animating.
Oh, yes Glen Keane's great cinematic storyboarding (also John Lassetter worked with him on it) and the animation of the fox leading the Bear up the mountain to his inevitable doom off the tree log bridge over the waterfall (notice the live action mist from the waterfall was made by back lighted litho burn-ins in the background camera passes).

The "Illusion of Life" book (especially the older book first version) goes into this "Fox and Hound" in depth. Now that I look at the book here on pages 227, p.291, p.354 it will inspire you allot.
Now, that I think of it; I can't believe reading somewhere the USA Today movie reviewer Mike Clark saying, about the low period he calls the "pre-Eisner era", which was from end of "The Rescuers" to the end of "The Black Cauldron".

I want to say the background art for these films were very well done. The blue sketch ruff layouts by the staff during this time were unbelievable and the "Illusion" book has some nice examples. Don Griffith, Glen Villpu, and Mike Hodgeson did some great work.

This film was also Cliff Nordberg's last film. He roughly animated nearly a thousand feet of Dinky and Boomer birds before his heart attack.
They were the comic relief in the film. I remember cleaning up allot of these very loose sketchy ruff scenes with
LeRoy Cross and Chuck Williams. The way it was done was by putting a clean sheet of animation paper over the ruff drawings and flipping and comparing very closely to the original drawing positions. This insured the original information on the drawing was not lost.
There is a touch-up method. There is a clean-up method. There is a use new paper over original method.
------------------------------------------------
("The Fox and the Hound", side notes:)
The hollowed out log fishing scene was one of John Musker's first scenes to be approaved by Frank Thomas in order for him to make it to animator. He worked many times on that scene in ruff animation to get it approved.
Andy Gaskill animated the hunter shooting the chickens running around him with a shotgun.
At the very end of the film the scene with Vixie and Tod overlooking the farm from a hill side was shot with the famous old "Multi Plane Camera Bed". You can tell from the fuzzy images in the foreground silhouettes.

During the 1980 year sometime thieves had broken into the Ink and Paint building. Apparently they knew where to go in the cell painting department and a good dozen scenes. These scenes were from some of the ones Linda Miller animated. This required (at that time) Betty Thompson to have a "special unit" get the "positive work reel film" and redraw all the animation and reclean up all the stolen approved scenes. In 1979 remember Don Bluth took 13 animators away from Disney and Linda was one of them.
It is still a mystery with the security officers.

Henry Selick was so way out there that they put him in the back lot in the Props Dept. making the "Ghost Lady" in the climax scenes at the end of "Watcher in the Woods". The prop he made was really ghostly and took months to make, but it was used in a quick shot for Betty Davis' last film to go out on.

I got to clean up about four scenes that Frank Thomas animated in, "the Fox and the Hound". Young Tod running around a tree stump playing "Hide and go Seek". And, the older Tod at the swimming hole with a stick in his mouth.

6 of 43 people found this review helpful 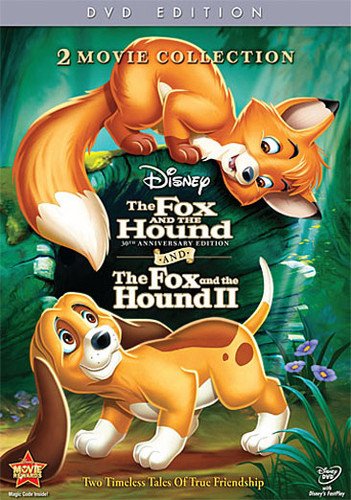 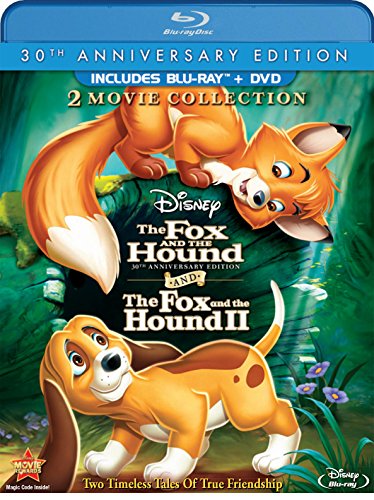