Home : Reviews: The Small One

The Small One User Reviews

The Small One (1978) Theatrical Cartoon

by Dave Koch Post your Comments or Review
This page has been viewed 2260 times this month, and 8859 times total.

"The Small One" has become a Christmas favorite for quite a few years now for people all around the world.
It captures the spirit of the Holiday season, with one of the most beautiful stories to ever come out from Disney animation.

If you haven't seen it, I highly recommend it!
5 of 30 people found this review helpful

A Christmas Must See!!!

This has been a must see in my house every year ever since my sister and I were babies. Every year we watch it and every year it never fails to make me cry. I love it!
4 of 30 people found this review helpful

Very Sweet Christmas Story, true to the meaning of Christmas. Good animation. I remember seeing it in the theatre when it came out. I forget the film it was attached to, but I remember this one!
7 of 34 people found this review helpful

Even though this film has its flaws, it is one of the relatively few Christmas cartoons conveying the real meaning of the occasion. Director Don Bluth--a devout Mormon--sees to this.(He didn't do too bad a job writing the title song, either.)
Worth noting, too, is the fact that this was the last Disney project completed by Bluth & his renegades before they left (while doing "THe Fox & The Hound"). Bluth's directing animator John Pomeroy once told how animating Joseph's speech was frustrating & awkward for him.
2 of 21 people found this review helpful

If in case my previous review (of the "Animaniacs" nativity effort) seemed too-strong for some of you, let me direct your attention to a GENUINE effort. Don Bluth is a devout Mormon; and while there is much in that faith that we other Christian sects disagree on, there is no denying the honesty of the results here.
Personally, I felt this film suffered from Bluth wearing a few too many hats creatively (he DOES do a nice job as songwriter, with the title tune, though); and it's compromised by the studio corporates apparently wanting it stretched to "featurette" size. And, of course, there would be that well-publicized walkout by Bluth, John Pomeroy, Gary Goldman and others to form Bluth's first studio.
BUt what remains, after all that, is a very nice film that's a true rarity in what it sets out to achieve.
4 of 24 people found this review helpful 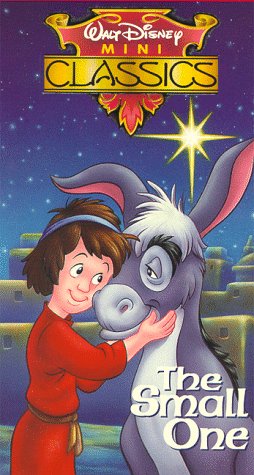