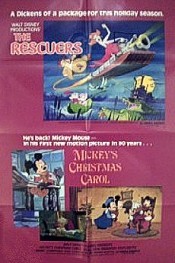 by Dave Koch Post your Comments or Review
This page has been viewed 963 times this month, and 12012 times total.

Mickey's Return to the Big Screen

Although not counted as a short, but still... Mickey Mouse was back 4 years before I came to this planet (No, I'm not an Alien!). This time, he had the role of Bob Cratchit.
5 of 24 people found this review helpful

The year was 1981 and the Walt Disney animated features department had a slight lull in production for 3 to 4 months. At this time and date there was only the Burbank main lot studio making all the art work for Disney animated films. The staff in all phases of production may have been about 160 people. There were about 40-50 lead animators divided up between two to three film projects in development. "The Fox and the Hound", was in the can in 1981; and, "The Black Cauldron", which was publicized as being budgeted for $25 million dollars still was stalled for a time. What could be done as a theatrical filler was the question? Enter, Burny Mattinson, the veteran storyboard and story department idea man. Burny had a masterful skill as a animation storyboard artist. He was very good with humorous and very appealing cartoon characters of the Disney style. And, he had an idea to bring back Mickey Mouse in a "Christmas" special. Really he had this storyboarded already and it was just laying around in the story department. So, Burny became the main animation director for starting this film. Scrooge McDuck had not been animated in a film since the 1967 film, "Scrooge McDuck and Money". This was the beginning of the comic book craze era to bring back characters that have a following. In fact many of the famous Disney characters had not been acting for a while. The story line is based on one of Charles Dickens famous short stories, "The Christmas Carol". First timers such as John Lassetter did a scene of Scrooge being taken by a gust of winter wind to travel by air around the cold city. I got to work with Mike Cedeno on some scenes in the shop that have both Donald Duck and Scrooge having it out. Dale Baer was brought in to create the scary cemetery scene in which Peg Leg Pete reveals to Scrooge his own grave, "The Richest Man in the Cemetery". Dave Block animated the Scrooge in bed bits. A notable sequence was Glen Keane's animation of "Willie, The Giant" of "Jack and the Bean Stalk" who is part of the climacteric ending. This film was ready for release in 1982 but a Cartoonist Union STRIKE against "Run Away Production Work" to the orient brought the animation industry in Hollywood to a "STOP" for a good 10 weeks. Walt Disney's CEO, Ron Miller, would not sign the Union contract. He wanted the "Run Away"* clause written and approved into Disney's contract; therefore, This set up today's "no work" dilemma. (*Prior to this all animation production could only be done in a 100 mile of L.A. radius in order to keep the union from striking studios that broke the contract.) Ed Hansen blew the whistle and determined the film couldn't meet the December '82 show date. However, It was better that the film did come out in December '83 theatrical release; because, There was allot of follow up and special effects that made the film an even more memorable Holiday Special for the TV network.
7 of 29 people found this review helpful 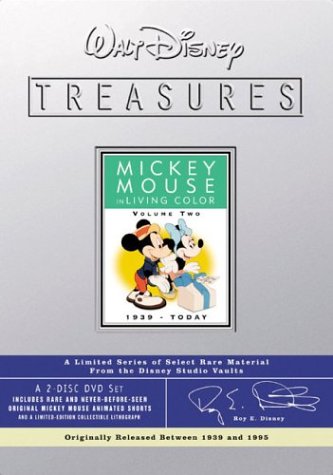