by Dave Koch Post your Comments or Review
This page has been viewed 4026 times this month, and 18767 times total.

Find this movie and savor it

Remember when Disney cartoons used to do the kind of funny, heart-tugging, full-bodied animated stuff that Pixar now does so effortlessly? "Finding Nemo" takes a simple-sounding story--about a fish looking for his lost son--and stuffs it to the gills (sorry) with animation that's downright soothing to the eye, vivid characterizations, and the kind of richly realized otherworld that makes most live-action movies look decidedly clumsy and earthbound.
The title character is a boy-fish who's the lone son of a widowed male named Marlin (with perfect casting, voiced by Albert Brooks), and it's only the first of this movie's great ironies that this neurotic, paranoid loner was born a clownfish. Through circumstances too rich to be disclosed here, Marlin loses Nemo and spends the rest of the movie trying to reclaim him. Marlin is helped in his efforts by a memory-impaired fish named Dory (Ellen DeGeneres, in the first performance of hers that has actually made me laugh).
Along the way, we meet some of the most quirky underwater creatures since The Beatles helmed the Yellow Submarine. Without giving away the movie's many delights, I can only that "Finding Nemo" continuously invites comparisons to Disney's "Pinocchio," and it richly deserves them. I was also reminded how the 1998 Dreamworks cartoon "Antz" tried for a similar otherworldly atmosphere and mostly failed. By comparison, "Finding Nemo's" creators seems as fascinated by the surroundings they've created as they cause the audience to be--they seem determined to squeeze a laugh out of every nook and cranny of the ocean. ("Nemo's" co-writer/director, Andrew Stanton, does the hilarious voice of a surfer-dude turtle who helps Marlin along a current.)
And remember when the G rating used to be a stigma for a movie? "Finding Nemo" is unashamedly a family film--the kind of movie that anybody with a brain, and a heart, can enjoy.
7 of 66 people found this review helpful

This is a great Pixar production, which I enjoyed very much. The story is pretty good, all the characters are exceptionally designed and the animation is once again the coolest, ensuring us that Pixar are the leading champions in this field. But, unfortunately, there was no music -what so ever- in the movie... I missed the wonderfull soundtracks that were the foundation of Walt Disney's success. If the movie was accompanyed by a good soundtrack it would be a classic!
34 of 81 people found this review helpful

Amazing story and characters. Great laughs, and I even teared up at a few parts. Definite great movie, and not just for the kiddies.
5 of 59 people found this review helpful

Finding Nemo is da bomb! I'm a huge fan of tropical fish, which was the main reason I wanted to see this movie. But, the story was engaging, the script hilarious, and overall, Finding Nemo is a Disney classic!
4 of 41 people found this review helpful 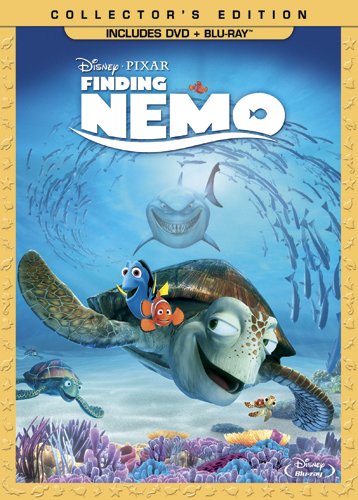 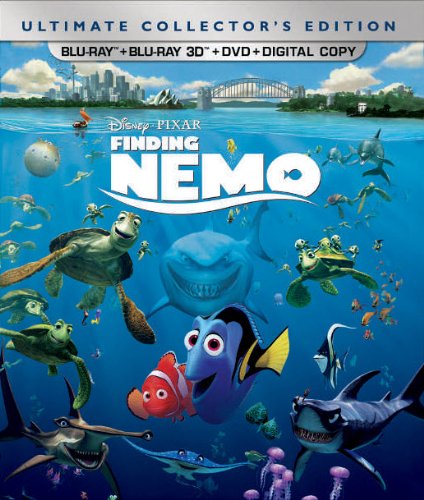